Home » 6 Reasons to Own a Dog at Dr. Rahi's Integrative Aesthetics™ Specialist

6 Reasons to Own a Dog by Dr. Rahi’s Integrative Aesthetics™ Specialist

Learn the importance and benefits animal therapy by Dr. Rahi’s Integrative Aesthetics™ Specialist. For more information, call us or simply schedule an appointment online! We have 2 convenient locations to serve you in Beverly Hills CA, and SoHo NY!

The concept of animal therapy, specifically dog therapy, has been around for centuries. The mysterious bond between human and canine is undeniable.

When my poodle, Fred, is around, I feel like my heart will burst and splatter love all over him. He has this inexplicable way of calming me down and making me feel better no matter what!

Has science been able to prove that this bond is beneficial in the treatment plan of various conditions? There have been many studies to show that this relationship between man and canine can have a medically significant impact on the lives of the human.

Having said this, here are my top 6 reasons why I think EVERYONE should own a pup:

THERE! YOU HAVE A SMALL YET COMPREHENSIVE LIST OF WHY DOGS ARE MAGICAL CREATURES AND WHY EVERYONE (THAT HAS THE CAPABILITY TO DO SO) SHOULD OWN ONE.

If you have a condition that you think would benefit from having a dog around, please talk to your doctor before investing in a pet dog. 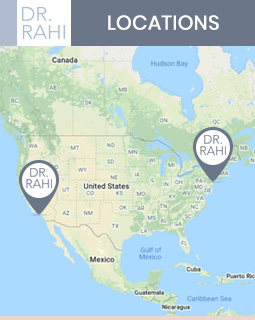 2 Locations to Serve You

*For any medical procedure, patients respond to treatment differently, hence each patient’s results may vary.
**In case of a life threatening emergency, immediately call 911.
***Information on this site is not intended or implied to be a substitute for professional medical advice, diagnosis or treatment. All content contained on or available through this site is for general information purposes only.
****By using this website and sending us your information, you are giving us permission to contact you by electronic and non-electronic means. We also track the conversions and collect user data to improve marketing.
*****If you are vision-impaired or have some other impairment covered by the Americans with Disabilities Act or a similar law, and you wish to discuss potential accommodations related to using this website, please contact us.

2 Locations To Serve You

How May I Help You?